Top 3 Engine Problems You Should Not Ignore 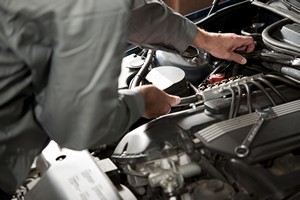 There’s the things that go bump in your engine that seem fixed by turning up the volume on your radio. Then, there’s the ones that are big red flags that shouldn’t be ignored.

Let’s start by saying, any change in your engine or how your car behaves shouldn’t be ignored. It can lead to bigger and more expensive problems, as well as put your safety at risk.

While you should already have an auto repair shop you work with in order to get honest feedback, it’s still a good idea to know some of this on your own, ahead of time.

It would be great if cars never suffered mechanical problems. Aside from saving money, it would be less hassle and stress.

However, at some point, auto repair is inevitable and here are the three most common issues you’re likely to face:

When you’re in need of a Philadelphia auto repair shop, come to A&M Auto Body for honest and skilled service.

If you are looking for a Philadelphia auto body repair shop, give us a call today at 215-271-2898 or fill out our online request form.